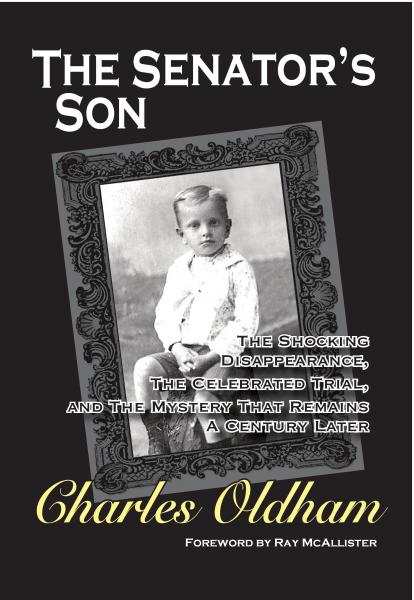 We are pleased to welcome Charles Oldham author of The Senator's Son.. the story of an unsolved mystery that took place right across the Sound in Currituck County..

ON MONDAY, FEBRUARY 13, 1905, eight- year-old Kenneth Beasley walked to the back of his school’s playground and into the melting snow of the woods beyond. He never returned. A massive search was undertaken for the North Carolina state senator’s son, and a reward was offered. Despite clues, rumors and even a ransom note, he was never found. A year and a half later, a political rival hurriedly was charged. Accused of the most bizarre and twisted of plots, he faced a courtroom overflowing with jurors, star lawyers, spectators and newspaper reporters. The eventual verdict and stunning aftermath would rip apart two families and shock a state ... yet leave a mystery unsolved. NOW CHARLES OLDHAM, attorney by trade, has reopened the case. Using modern research methods and his own legal training—while also investigating the state’s political, racial, lynching, and liquor cultures—Oldham has come as close as anyone can to the truth. The result is an absorbing, must-read story. Meticulously researched and beautifully written, The Senator’s Son is both an important book and a fascinating one.

“The book is craftily written, deeply researched, and will stick to your hands like a lantern during this dark, raveled Southern tale of disappearance.”  –  DAVID L. ROBBINS, best-selling author

ABOUT THE AUTHOR: Charles Oldham is a native of Sanford, North Carolina, and has grown up with a love of everything about Tar Heel history. A graduate of Davidson College and the University of Georgia School of Law, he has been an attorney since 2000 and practiced criminal defense law for more than ten years. Charles now resides in Charlotte.