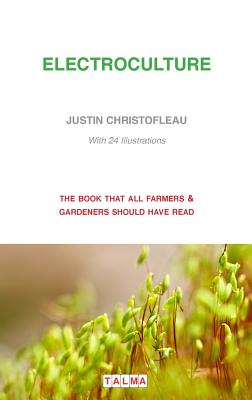 In the 1920s, Justin Christofleau invented a system of electroculture which proved so efficient that it increased crops in considerable proportions (up to 200%) without any chemical fertilizer of any kind. It also prevented diseases and helped rejuvenate plants, and, among other advantages, the germination of seeds was better and shorter, and crops were much hastened. Furthermore, electroculture proved especially suitable in drought-stricken regions.

Justin Christofleau explained in his book how his system worked and how to do it, with schemas and pictures.

Almost a century later, we are pleased to present again this precious information to everybody, including farmers, gardeners, agronomist, students and anyone concerned about food, health and environment.