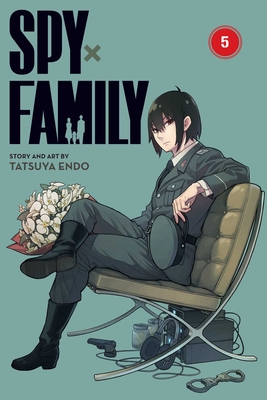 This is book number 5 in the Spy x Family series.

Anya Forger has been trying her best to befriend Damian Desmond, the son of the powerful Ostanian political leader Donovan Desmond, but her attempts have been constantly rebuffed. Despite the setbacks, Anya is determined to gain access to the Desmonds’ inner circle and even devises a new plan—acing her midterm exams to earn stella stars! Can the academically challenged Anya pull off this feat for the sake of world peace?
Tatsuya Endo was born in Ibaraki Prefecture, Japan, on July 23, 1980. He debuted as a manga artist with the one-shot “Seibu Yugi” (Western Game), which ran in the Spring 2000 issue of Akamaru Jump. He is the author of TISTA and Gekka Bijin (Moon Flower Beauty). Spy x Family is his first work published in English.