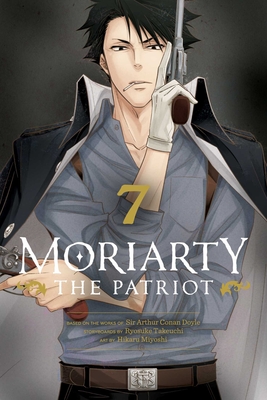 By Ryosuke Takeuchi, Hikaru Miyoshi (Illustrator), Sir Arthur Doyle (From an idea by)

There’s a serial killer on the loose in the poverty-stricken East End of London that the citizens are calling Jack the Ripper. An old friend of William Moriarty asks him to get to the bottom of the situation, but time is running out. Terrified of Jack the Ripper, the people of the East End try to take matters into their own hands, and their civil unrest threatens to break into a riot when Scotland Yard tries to stop them! Will William be able to bring peace and order back to the people and capture the criminal? Or could there be more than one Jack the Ripper?
Ryosuke Takeuchi was born November 20, 1980, in Hyogo, Japan, and is a manga artist and writer. He got his big break in 2011 with ST&RS, his first serialized Weekly Shonen Jump series. He later did the storyboards for All You Need Is Kill.