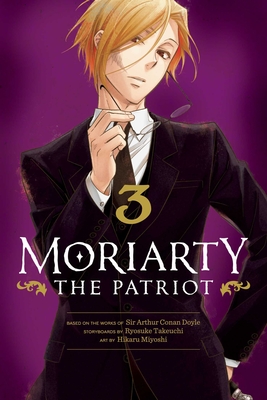 Just as everything appears to be going his way, Sherlock finds himself arrested for a murder he didn’t commit in a plot orchestrated by none other than Moriarty! He soon escapes police custody and sets out to clear his name. The victim, Count Drebber, wrote Sherlock’s name in blood before he died, but why? Will Sherlock be able to solve this puzzle and save himself?
Ryosuke Takeuchi was born November 20, 1980, in Hyogo, Japan, and is a manga artist and writer. He got his big break in 2011 with ST&RS, his first serialized Weekly Shonen Jump series. He later did the storyboards for All You Need Is Kill.