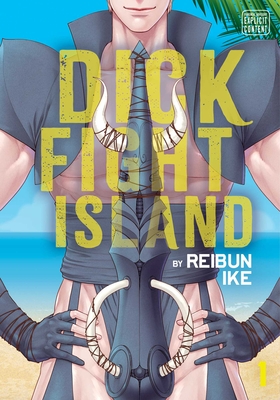 This is book number 1 in the Dick Fight Island series.

Eight mighty island warriors battle to become king. The deciding factor? The one who comes last, of course!

Eight islands represented by their best warriors must battle it out in a tournament to decide their king. To win this battle of endurance, it’s not the last one standing but the last one coming that matters!

The tournament to choose the next king of the islands is about to begin. The rules are simple—whoever comes first loses! Participating warriors protect their mighty swords with armor that grows larger and more elaborate with each tournament. But one warrior has returned from studying abroad with a technique certain to force a pleasurable eruption! Is there a competitor alive able to withstand it? Or is this deft warrior destined to become king?!
Reibun Ike is the creator of over two dozen boys’ love manga, several of which have been published internationally. She was born in Kyushu and enjoys the countryside. You can find out more about Reibun Ike on her Twitter page, @i_reibun.