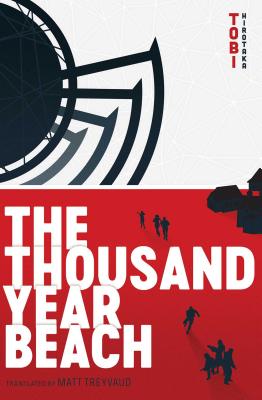 
Usually Ships in 3-7 Days
In a posthuman virtual world sealed off from the ruins of Earth, the idyll is shattered by an arachnid invasion.

Designed in imitation of a harbor town in southern Europe, the Realm of Summer is just one of the zones within the virtual resort known as the Costa del Número. It has been more than a thousand years since human guests stopped coming to the Realm, leaving the AIs alone in their endless summer. But now all that has come to a sudden end, as an army of mysterious Spiders begin reducing the town to nothing. As night falls, the few remaining AIs prepare for their final, hopeless battle… War between the virtual and the real begins in book one of the Angel of the Ruins series.
TOBI Hirotaka was born in 1960 in Shimane Prefecture. He was the winner of the Sanseido SF Story Contest while a student at Shimane University. From 1983 to 1992 he actively contributed short stories to SF Magazine. After a hiatus of ten years, he returned in 2002 with his first full-length novel. The Thousand Year Beach (Grand Vacance: Angel of the Ruined Garden) took Second Prize in SF Magazine's Best SF 2002. In 2004, Kaleidoscape, his collection of revised and new works, took top honors in that year's Best SF in the magazine, and the 2005 Nihon SF Taisho Award. One story from the collection, “Shapesphere” also won the 2005 Seiun Award for Best Japanese Short Story of the Year. “Autogenic Dreaming: Interview with the Columns of Clouds” earned TOBI his second Seiun Award for Best Japanese Short Story in 2010 and appeared in English in The Future Is Japanese, and his third for “Sea Fingers” in 2015, which appeared in English in Saiensu Fikushon 2016. He is also the author of Ragged Girl, a sequel to The Thousand Year Beach. His latest collection, Autogenic Dreaming, won 2017 Nihon SF Taisho Award and the first prize in the year’s Best SF in SF Magazine.