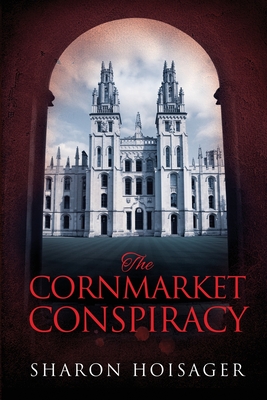 By Sharon Hoisager
Email or call for price

A horrific explosion kills hundreds of people in the tunnel under the English Channel. At first it appears to be just another Islamic terrorist attack but slowly, as the threads of the plot are pulled, something even more terrible emerges.

One cold, foggy night, a EuroStar train, loaded with more than four hundred holiday passengers enters the English Channel Tunnel for a routine trek between Paris and London. On board, Andrew Bolling, Special Council to the British Prime Minister, is making his way home from a disappointing weekend in Paris. As the train careens through the underwater tunnel, a horrifying explosion rips the train apart.

Jeffrey Hunter, Chief of Staff to the British Prime Minister, is charged with spearheading the investigation into the attack. While he fights to protect his country and unravel his friend's involvement, he discovers that the true motive for the attack is something no one has yet suspected.

"...a powerful saga that provides more than a conspiracy story, but a social examination that will keep readers engaged and thinking long past the tale's conclusion."--D. Donovan, Senior Reviewer, Midwest Book Review

"...fast-paced tale of greed, corruption, and abuse of power that grabbed me from page one ...an intricate plot using multiple POVs that instantly hooks you in and keeps you engaged with its twists and turns...Highly recommended."-Reader's Favorite Book Reviews

"...a page-turning story laced with a mix of treason, conspiracy, and international intrigue...a very exciting read that begs for a sequel."-L.L. Abbott, author, The Blackwater Operative

"...a gripping and compelling thriller from Sharon Hoisager, where you're kept hooked to the very end to find out what exactly happened."--Alex Telander, Manhattan Book Review

"...a serious drama that will keep readers on edge as they unravel the intricate web of motives behind a heinous terror attack. Striking the perfect balance of intense and contained...a gripping political thriller."-The Book Review Directory