The Cabin Below: A psychological suspense thriller (Paperback) 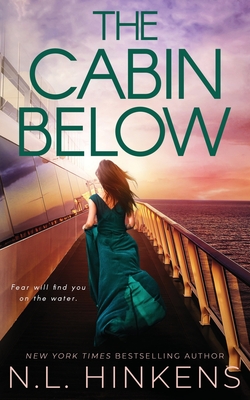 Or so they thought. Allison and her handsome, charismatic husband, Doug, are on a Caribbean cruise to celebrate their tenth wedding anniversary. But the steady stream of idyllic photos and happy hashtags they post online is hiding a dangerous rift in their relationship. Allison has long suspected that Doug is having an affair. Despite his impassioned denials and smooth-talking alibis, she's unconvinced of his innocence and determined to dig for the truth, no matter the cost.

And she's not the only one delving into their secrets. The couple they've befriended on the cruise has been watching them. And they've come to a disturbing conclusion of their own. When Allison disappears the night before the ship docks back in Florida, they bring their terrifying suspicions to the police.

But the truth about Allison's whereabouts proves even more shocking than anyone imagined.

- An addictive thriller brimming with twists and a stunning conclusion -