The Cell Phone: It's Use (and Misuse!) Through the Ages (Paperback) 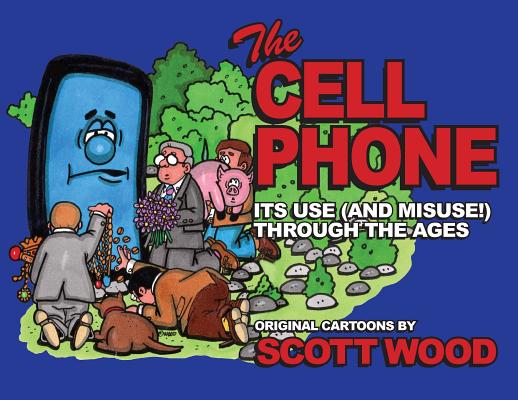 The Cell Phone: It's Use (and Misuse!) Through the Ages (Paperback)

It's hard to believe the cell phone is almost 50 years old. The first cell phone call was made on April 3rd, 1973, and it started a revolution in personal communications which is still ongoing. For anyone who remembers those first cell phones, they were heavy, cumbersome and clunky. Texting hadn't been invented yet, and there was no video or music to download, it was strictly voice only. But it was a way to stay in touch, anywhere, anytime (provided you kept your enormous battery properly charged ) and people couldn't seem to do without them. How the cell phone changed history Cell phones, for better or for worse, have become part of our lives. In some cases, it seems as though they might actually control peoples' lives. Internationally known cartoonist Scott Wood, famed for his "Quibbley" cartoon strip in the European issue of "Stars and Stripes", as well as his work for luxury car manufacturer Porsche, takes a fun and nostalgic look at those early cell phones and how they changed our lives... and how they might have changed history if they'd been invented 100 or even a million years ago. We've come a long way, Mr. Bell... Enjoy