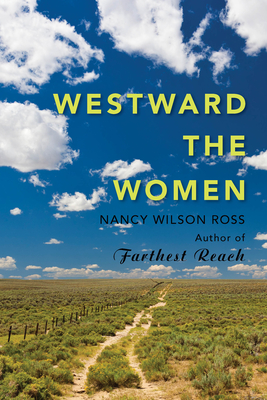 
Usually Ships in 3-7 Days
WESTWARD THE WOMEN is a book about women of every kind and sort, from nuns to prostitutes, who participated in the greatest American adventure--pioneering across the continent. Not only does the material represent half-forgotten history--which the author garnered from attics, libraries, state historical museums, and the reminiscences of Far Western Old-timers--but it is unique in presenting the woman's side of the story in this major American experience. With dramatic clarity the author of FARTHEST REACH has written the intimate and human stories of certain outstanding personalities among these pioneer women; the Maine blue-stocking pursuing her studies of botany and taxidermy in frontier solitude; the gentle nuns from Belgium teaching needlework and litanies to "children of the forest"; the little ex-milliner who performed the first autopsy by a woman; the suffragette who established a newspaper for Western women and rode plushy river boats and the dusty roads preaching her gospel of Equal Rights; hurdy-gurdy girls from Idaho boomtowns; and many another martyr, heroine, diarist, gun moll, missionary, feminist, and mother in this turbulent era of pioneering.
Nancy Wilson Ross was a popular writer of both fiction and nonfiction. She was born in Olympia, Washington, in 1901, and she attended the University of Oregon. Her book FARTHEST REACH (1941) profiles Oregon and Washington. She traveled extensively--in England, France, China, Korea, and Japan--and later became known as an expert on Eastern religions. She died on January 18, 1986.