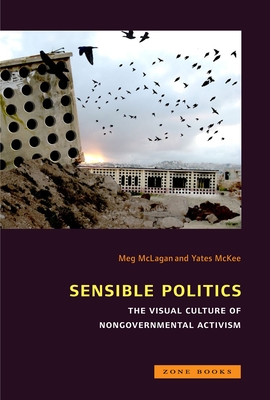 The interaction of politics and the visual in the activities of nongovernmental activists.

Political acts are encoded in medial forms--punch holes on a card, images on a live stream, tweets about events unfolding in real time--that have force, shaping people as subjects and forming the contours of what is sensible, legible, and visible. In doing so they define the terms of political possibility and create terrain for political acts.

Sensible Politics considers the constitutive role played by aesthetic and performative techniques in the staging of claims by nongovernmental activists. Attending to political aesthetics means focusing not on a disembodied image that travels under the concept of art or visual culture, nor on a preformed domain of the political that seeks subsequent expression in media form. Instead it requires bringing the two realms together into the same analytic frame.

A diverse group of contributors, from art historians, anthropologists, and political theorists to artists, filmmakers, and architects, considers the interaction of politics and the visual in such topics as the political consequences of a photograph taken by an Israeli soldier in a Palestinian house in Ramallah; AIDS activism; images of social suffering in Iran; the "forensic architecture" of claims to truth; and the "Make Poverty History" campaign. Transcending disciplines, they trace a broader image complex whereby politics is brought to visibility through the mediation of specific cultural forms that mix the legal and the visual, the hermeneutic and the technical, the political and the aesthetic. Their contributions offer critical insight into the practices of mediation whereby the political becomes manifest.