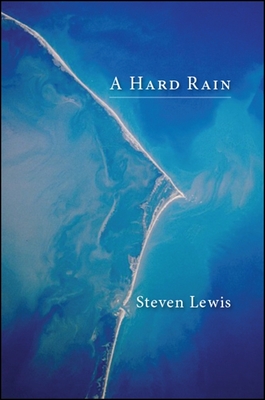 The narrative (told in second person, present tense) begins in a beach cottage on remote Hatteras Island, North Carolina, in the midst of a long-standing marital dispute between Peter and Brenda Hudson. Brenda desperately wants to save their children (and herself) from the questionable values of life in suburban Virginia by moving the family to the simpler existence they have found while vacationing on Hatteras. Peter is simply happy where they are. The argument eventually spills out of the bedroom and Brenda storms out of the cottage to walk the beach. And disappears. Peter and the three children eventually survive the harrowing ordeal of losing a wife and mother--and remain on the island. Just as Brenda had wished. Along the way they come to understand some harsh though redemptive truths about an uncaring universe, the cold wind, the hard rain.

Steven Lewis is a current member of the Sarah Lawrence College Writing Institute faculty, former longtime Mentor at SUNY-Empire State College, and itinerant freelancer. His work has been published widely, from the notable to the beyond obscure, including the New York Times, Washington Post, Christian Science Monitor, LA Times, Ploughshares, Narratively, Spirituality & Health, The Rosicrucian Digest, Road Apple Review ... and a biblically long list of parenting publications (7 kids, 16 grandkids). He is also a Contributing Writer at Talking Writing and Literary Ombudsman for 650: Where Writers Read. His books include Zen and the Art of Fatherhood, The ABCs of Real Family Values, Fear and Loathing of Boca Raton, a novel, Take This, a recent chapbook of poems, If I Die Before You Wake, and a generational sequel to Take This, titled Loving Violet.