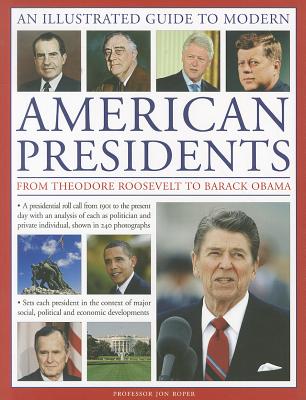 By Professor John Roper
$17.99
Email or call for price.

The 20th century was one of immense and rapid social and economic change for the US. This encyclopedia of the presidents from 1901 presents a factual account of each of the presidents who have stood for office, and sets them within the context of the times in which they each presided.

Jon Roper studied for a BA honours degree in philosophy, politics and economics at St Catherine's College, Oxford, and a doctorate at Georgetown University, Washington, before becoming a lecturer in the Department of Political Theory and Government at Swansea University, Wales. In 1996 he was made head of the Department for American Studies and was appointed professor of the department in 2005. He has a special interest in the American presidency, the Impact of War on American Politics, and Society and Anglo-American Political Ideas. Jon is the author of The Contours of American Politics, Polity Press, The American Presidents: Heroic Leadership from Kennedy to Clinton, Edinburgh University Press, and Democracy and Its Critics: Anglo-American Democratic Thought in the Nineteenth Century, Unwin Hyman. He has edited several books on American political history and contributed to many others.