DRIVE Sales: The 5 Secrets to Increase Your Sales by 400% (Hardcover) 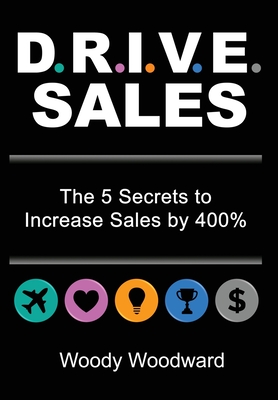 DRIVE Sales: The 5 Secrets to Increase Your Sales by 400% (Hardcover)

There is one reason why our pitches fall flat. We are not speaking our potential customer's buying language. The business graveyard is littered with the lost opportunities of individuals who could not convey their message to make a deal.

- Nolan Bushnell, founder of Atari, was Steve Jobs's first boss. Jobs offered Bushnell one-third of Apple for $50,000. Bushnell was unconvinced and passed on the investment. Why?

- Myspace CEO Chris DeWolfe was offered Facebook for $75 million by Mark Zuckerberg, but he passed. Why did DeWolfe not see the full potential of Facebook?

- Decca Records passed on the Beatles. The Beatles went on to become one of the biggest rock and roll bands in history. How did Decca miss that opportunity?

- Western Union was offered the telephone from inventor Alexander Graham Bell for $100,000 and passed. Why did they not see the potential?

There are five buying personalities that DRIVE sales: Directors, Relators, Intellectuals, Validators, and Executives. You pitch based on your own DRIVE, which means you do not effectively sell to the other 80%. The good news? With the DRIVE Sales System(TM) you have the potential of mastering the other buying languages and increasing your sales.