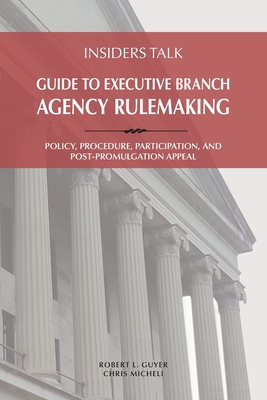 This is a best practices manual for advocates attempting to influence lawmaking by executive branch agencies, that is, the adoption of rules and regulations enforceable on the public. This book rests on four foundations:

And, to support the administrative state, taxpayers invest billions of dollars per year to employ and equip millions of state government workers. Each state has from dozens to hundreds of regulatory agencies, departments, boards, and commissions that implement public policy and adopt

and enforce regulations using legislatively delegated authority. They are the modern administrative state.