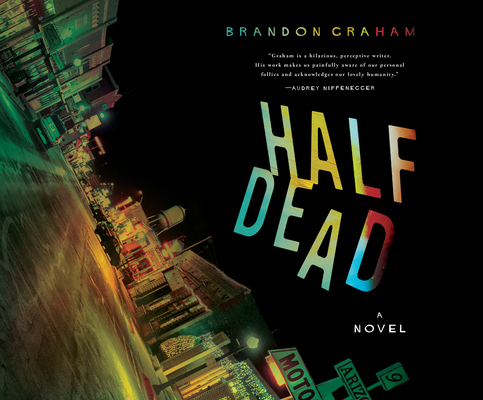 
Usually Ships in 3-7 Days
The car accident took his wife and nearly killed him too, but Calvert Green's problems are just beginning. He was a respected Russian literature scholar in Chicago, but due to severe head trauma, he's now suffering from Cotard's Disease--a rare physiological condition that makes him believe he's dead. He has also lost much of his memory, including the academic knowledge that defined his life. Calvert knows few details about the accident but believes there's more going on than he's been told, so he leaves the care facility determined to find the truth behind his death. His search lands him in the middle of a city being terrorized by a murder spree, and young homicide detective Whistler Diaz has a prime suspect. But Whistler's cousin Moe, a crusading journalist, zeroes in on Calvert, determined to prove he's not all he seems. Intuition and improvisation were never Calvert's strong suits, but now he has to draw on his hidden inner resources to clear his name. On a harrowing journey into the city's underbelly--and deep into his psyche--he begins to uncover the shocking truth of who he once was. Calvert might be on the verge of finding a new definition of sanity--but a malevolent force lurks in the shadows bent on total madness.