Angels of Bataan and Corregidor: The Heroic Nurses of World War II (Paperback) 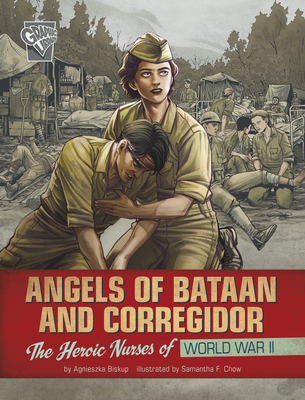 Angels of Bataan and Corregidor: The Heroic Nurses of World War II (Paperback)


Usually Ships in 3-7 Days
Soon after the Japanese attacked Pearl Harbor on December 7, 1941, they also attacked U.S. military installations in the Philippines. For the army and navy nurses stationed there, what had been a peaceful outpost quickly turned into a raging war zone. When the U.S. and Philippine forces retreated to the Bataan Peninsula and the fortress island of Corregidor, the nurses followed them to the field hospitals to care for the wounded. Persevering through enemy assault and imprisonment, these heroic women became angels of mercy amid the war in the Pacific.