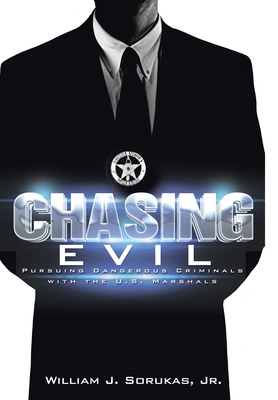 Chasing Evil tells the story of the evolution of modern fugitive investigations within the United States Marshals Service and the pursuit of notorious criminals Andrew Phillip Cunanan, Rafael Resendez-Ramirez (The Railway Killer), the Texas Seven, and John Allen Muhammad and Lee Boyd Malvo, better known as the Beltway Snipers. It describes outstanding investigative effort, new technologies, camaraderie, partnerships, tragic and brutal murders, and the enthusiasm, emotion, and passion during these intense investigations. Chasing Evil takes you through high-profile investigations for a serial killer, spree killers, escaped inmates, domestic terrorists, cop killers, and desperate criminals. It describes the progression of America's oldest federal law enforcement agency into the most successful and respected fugitive investigative organization in the world. Recognized historically as part of the lore of the Old West, the U. S. Marshals Service has played a critical role in the outcome of some of the most important investigations in the past forty years. Since 1979, the U. S. Marshals Service has partnered with local, state, federal, and international agencies to bring the most violent and dangerous fugitives to justice. The cases intersect with communities from San Diego, where spree killer Andrew Cunanan was raised, to our nation's capital, where the Beltway Snipers created fear and chaos during a three-week period in October of 2002. The murderous path of the Railway Killer across six states and into Mexico, over 13 years, is examined and detailed. After escaping from a Texas prison, the Texas Seven killed Irving Police Officer Aubrey Hawkins on Christmas Eve before leading law enforcement on a month-long chase which ended in the mountains of Colorado. Although separate investigations, these men had several traits in common. Each one of them was dangerous, violent, and evil.

William J. Sorukas, Jr. served in law enforcement for 31 years, retiring as a Chief in the Investigative Operations Division with the United States Marshals Service. He has been assigned to numerous high-profile investigations and assignments, earning notable awards and honors. He was presented with the Attorney General's Distinguished Service Award in 2007 and a Top Cop Award by the National Association of Police Organizations for his investigative effort in the "Beltway Sniper" case. He received the Award for Heroism from the San Diego Federal Executive Association. During his career, he was recognized by Attorneys General Edwin Meese, Richard Thornburgh, Janet Reno, John Ashcroft, Alberto Gonzalez, Michael Mukasey, and Eric Holder. From 1986 to 1998 he served in the San Diego office, rising to the position of Supervisor and Coordinator for the Fugitive Group of the San Diego Violent Crime Task Force. From 2006 to January 2014, he served as the Chief for both Domestic and International Investigations. He earned a bachelor's degree in Criminology from Indiana State University in 1982. He is a graduate of the Indiana Law Enforcement Academy, U. S. Marshals Service Basic Training, and USMS Special Operations Group Basic Training. He graduated from the DoD Technical Surveillance Counter Measures Course and the 40th Session of the Senior Management Institute for Police with the Police Executive Research Forum. In 2010, he served as a Senior Fellow to the International Association of Chiefs of Police. He is a member of the Federal Law Enforcement Officers Association, National Sheriffs' Association, International Association of Chiefs of Police, U.S. Marshals Service Association, and serves on the Board of Directors for the U.S. Marshals Survivors Benefit Fund.