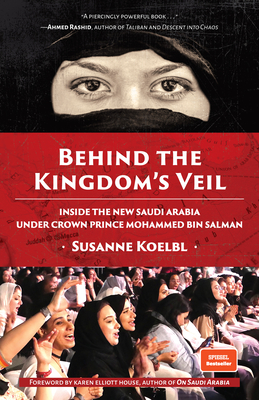 Witness the mysterious world of Saudi Arabia. Understand Saudi culture, politics, history, human rights, and women's rights as seen through the intimate and insightful experiences of an award-winning journalist.

Few Westerners have been allowed a closer look at the inner workings of Saudi Arabia. Susanne Koelbl, prize-winning journalist for the German news magazine Der Spiegel, strips away the veil covering many secrets of this mysterious kingdom. For years she traveled the Middle East, and recently lived in Riyadh during the most dramatic changes since the country's founding.

Peek inside the black box that is Saudi Arabia. Koelbl has cultivated relationships on every level of Saudi society and is equally at ease with ultra-conservative Wahhabi preachers, oppositionists, and women from all walks of life.

If you are interested in books such as Robert Lacey's Inside the Kingdom, Bradley Hope's Blood and Oil, or Kim Ghattas's Black Wave, expect unique insights into Saudi Arabia and the Arabs when you read Susanne Koelbl's Behind the Kingdom's Veil.