Behind You: One-Shot Horror Stories (Hardcover) 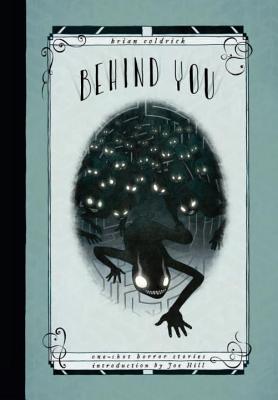 By Brian Coldrick, Joe Hill (Introduction by)
Email or call for price
Out of Print

A twisted, crawling figure. A giggling crowd of masked watchers. A reassembling corpse. There's something there, just waiting for you to turn around.

Behind You is an illustration series, a comic with no panels, where each piece is a separate story. Each tale is one image and one piece of text: an unsuspecting victim with someone, or something, behind them. Entries range from the amusingly weird to the genuinely unsettling. Inspired by spooky films, books, myths, and internet tall tales, Behind You is full of scary set-ups but leaves lots of blanks for readers to fill in with their own narrative. It's the Far Side for horror fans.

Brian Coldrick is an illustrator and artist originally from Dublin, Ireland, now based in the UK. A lifetime spent consuming comics, films and books has led to an eclectic set of influences from Edward Gorey to the Beano to Flann O'Brien. His work has ranged from designing monsters for Doctor Who to comic book covers to Sloth themed board games.