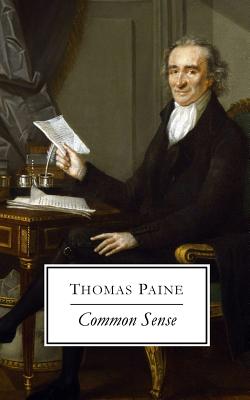 By Thomas Paine
Email or call for price
Special Order
This book cannot be returned.

COMMON SENSE is a pamphlet written by Thomas Paine. It was first published anonymously on January 10, 1776, at the beginning of the American Revolution. Common Sense was signed "Written by an Englishman", and it became an immediate success. In relative proportion to the population of the colonies at that time, 2.5 million Americans, it had the largest sale and circulation of any book published in American history. Common Sense presented the American colonists with an argument for freedom from British rule at a time when the question of seeking independence was still undecided. Paine wrote and reasoned in a style that common people understood. Forgoing the philosophical and Latin references used by Enlightenment era writers, he structured Common Sense as if it were a sermon, and relied on Biblical references to make his case to the people. He connected independence with common dissenting Protestant beliefs as a means to present a distinctly American political identity.