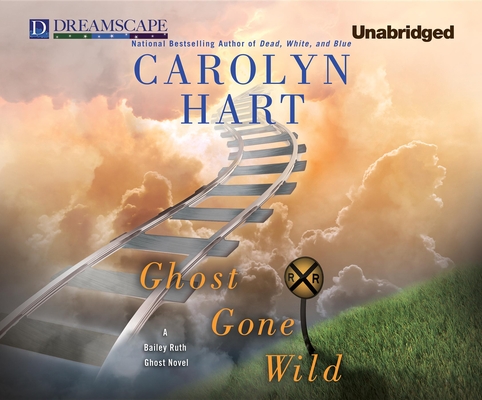 Bailey Ruth loves to return to earth as an emissary from Heaven's Department of Good Intentions. Problem is, she's a bit of a loose cannon as far as ghosts go - forgetting to remain invisible, alarming earthly creatures - so she's far from the top of department head Wiggins's go-to list for assignments. That's why she's surprised when the Heaven-sent Rescue Express drops her off at a frame house on the outskirts of her old hometown, Adelaide, Oklahoma, where a young man is playing the drums. When a window cracks and a rifle barrel is thrust inside, only Bailey Ruth's hasty intervention saves Nick Magruder from taking a bullet. When she materializes to reassure him, she finds she can't go back to vanishing. What gives?
An accomplished master of mystery, Carolyn Hart is the author of forty-seven novels of mystery and suspense. Her books have won multiple Agatha, Anthony, and Macavity awards. One of the founders of Sisters in Crime, Hart lives in Oklahoma City, where she enjoys mysteries, walking in the park, and cats. She and her husband Phil enjoy the company of an orange tabby and brother and sister brown tabbies. READER BIOAnn Marie Lee is a Los Angeles based actress with television credits that include E.R.; Law and Order: C.I.; and Nip/Tuck. Her stage performances for Broadway National Tours and regional theater include Peter Pan; As You Like It; Heartbreak House; and The Cherry Orchard.