Being a Black Man: At the Corner of Progress and Peril (Paperback) 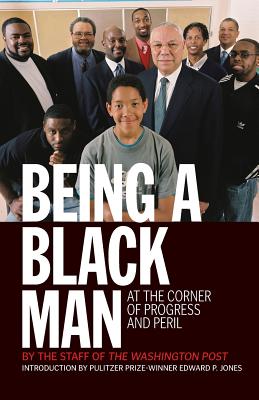 Being a Black Man: At the Corner of Progress and Peril (Paperback)


Usually Ships in 3-7 Days
Over the last 100 years, perhaps no segment of the American population has been more analyzed than black males. The subject of myriad studies and dozens of government boards and commissions, black men have been variously depicted as the progenitors of pop culture and the menaces of society, their individuality often obscured by the narrow images that linger in the public mind. Ten years after the Million Man March, the largest gathering of black men in the nation's history, Washington Post staffers began meeting to discuss what had become of black men in the ensuing decade. How could their progress and failures be measured?

Their questions resulted in a Post series which generated enormous public interest and inspired a succession of dynamic public meetings. It included the findings of an ambitious nationwide poll and offered an eye-opening window into questions of race and black male identity -- questions gaining increasing attention with the emergence of Senator Barack Obama as a serious presidential contender. At the end of the day, the project revealed that black men are deeply divided over how they view each other and their country.

Now collected in one volume with several new essays as well as an introduction by Pulitzer Prizewinning novelist Edward P. Jones, these poignant and provocative articles let us see and hear black men like they've never been seen and heard before.