The Protestant Ethic and the Spirit of Capitalism (Paperback) 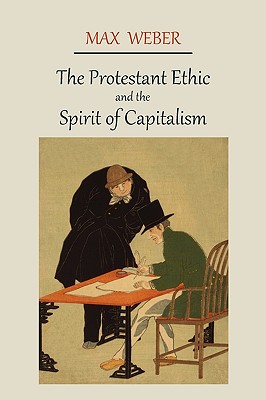 By Max Weber
Email or call for price

2010 Reprint of 1930 First English edition. Considered a founding text in economic sociology and sociology in general, Weber's book was translated into English for the first time by Talcott Parsons and appeared in 1930. We reprint this 1930 Edition. Weber believed that capitalism in northern Europe evolved when the Protestant (particularly Calvinist) ethic influenced large numbers of people to engage in work in the secular world, developing their own enterprises and engaging in trade and the accumulation of wealth for investment. In other words, the Protestant ethic was a force behind an unplanned and uncoordinated mass action that influenced the development of capitalism. This idea is also known as "the Weber thesis". Weber, however, rejected deterministic approaches, and presented the Protestant Ethic as merely one in a number of 'elective affinities' leading toward capitalist modernity. Weber's term Protestant work ethic has become very widely known. The work relates significantly to the cultural "rationalization" and so-called "disenchantment" which Weber associated with the modern West.