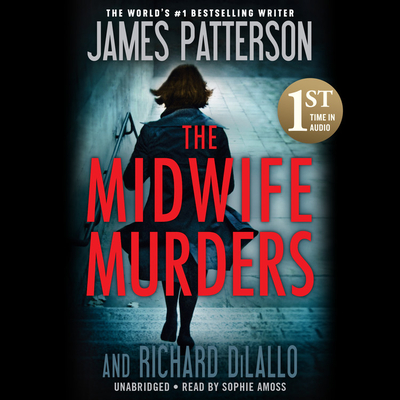 In this psychological thriller, a missing patient raises concerns in a New York hospital, but as others start disappearing every dark possibility becomes more and more likely. To Senior Midwife Lucy Ryuan, pregnancy is not an unusual condition—it's her life's work. But when two kidnappings and a vicious stabbing happen on her watch in a university hospital in Manhattan, her focus abruptly changes. Something has to be done, and Lucy is fearless enough to try.

Rumors begin to swirl, blaming everyone from the Russian Mafia to an underground adoption network. Lucy teams up with a skeptical NYPD detective to solve the case, but the truth is far more twisted than a feisty single mom could ever have imagined.

James Patterson is the world's bestselling author and most trusted storyteller. He has created many enduring fictional characters and series, including Alex Cross, the Women's Murder Club, Michael Bennett, Maximum Ride, Middle School, and I Funny. Among his notable literary collaborations are The President Is Missing, with President Bill Clinton, and the Max Einstein series, produced in partnership with the Albert Einstein Estate. Patterson's writing career is characterized by a single mission: to prove that there is no such thing as a person who "doesn't like to read," only people who haven't found the right book. He's given over three million books to schoolkids and the military, donated more than seventy million dollars to support education, and endowed over five thousand college scholarships for teachers. The National Book Foundation recently presented Patterson with the Literarian Award for Outstanding Service to the American Literary Community, and he is also the recipient of an Edgar Award and six Emmy Awards. He lives in Florida with his family.

Richard DiLallo is a former advertising executive. He lives in Manhattan with his wife.