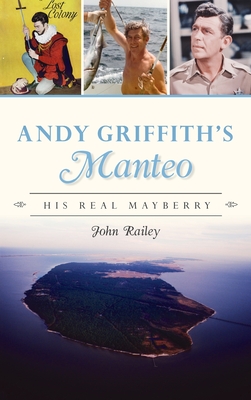 Learn about the real life of beloved actor Andy Griffith.

The world loves Sheriff Andy Taylor. Yet the actor who played him was intensely private. Here, for the first time, is the real Andy Griffith, his career and life defined by the island that made him in the years soon after World War II. He achieved his artistic breakthrough while acting in The Lost Colony drama on Roanoke Island, then spent the rest of his life repaying the island for giving him that start. Here, in unique closeup, is Andy of Manteo, reveling in wild, watery and loving ways with his fellow islanders.

Author and journalist John Railey paints an intimate portrait of Andy, based on interviews with many of those who knew him best on the sand where he lived and died.