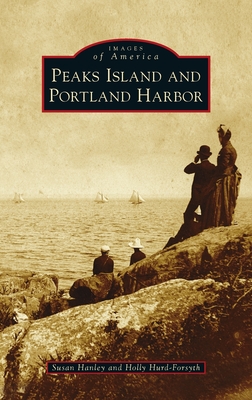 
Usually Ships in 3-7 Days
Portland Harbor is Peaks Island's front yard, providing islanders with water views and access to the city. Victorian beliefs about healthy salt air and newfound wealth combined to create a leisure class that flocked to the Maine seaside. Peaks Islanders replaced a hardscrabble life of fishing and farming with a tourism-based economy. They could not build fast enough. Dubbed the Coney Island of Maine, Peaks Island at the turn of the 20th century boasted big hotels, grand theaters, posh restaurants, and a boardwalk full of amusements. The dawn of the motor age saw the pendulum swing once again toward austerity, as tourists abandoned the island to embrace automobile travel. Times were tough, and Peaks Island returned to a working-class neighborhood. Newcomers provided injections of life--the military in 1942, a wave of summer residents in the 1950s, and hippies in the 1970s. All fueled growth and left community organizations that survive today.