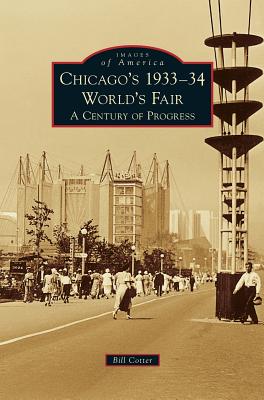 
Usually Ships in 3-7 Days
This book cannot be returned.
It took six years and cost $100 million, but on May 27, 1933, the gates swung open on the biggest birthday party the city of Chicago had ever seen. The Century of Progress Exposition, better known as the 1933-34 Chicago World's Fair, commemorated the amazing progress that had been made since the founding of the city just 100 years earlier. Many of America's largest companies joined with countries from around the world to showcase their histories and advertise their newest products. The road to opening day was not an easy one, with the Great Depression making it look like the fair might never be built, but thousands of small investors stepped forward to help close the financial gap. The fair went on to an unprecedented second season, and when the gates finally closed after the last of the 39 million visitors went home, it had achieved something quite rare among world's fairs: earning a profit. This collection of rare photographs, previously unpublished, highlights the major attractions of the fair and the astonishing changes made between seasons.