A Runaway Slave from Baltimore: The Writings and Speeches of Frederick Douglass (Paperback) 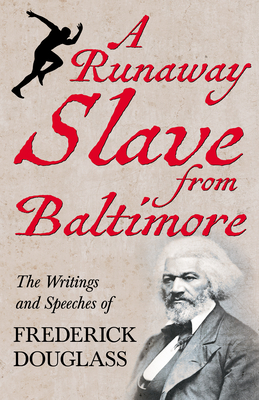 A Runaway Slave from Baltimore: The Writings and Speeches of Frederick Douglass (Paperback)


Usually Ships in 3-7 Days
This book cannot be returned.
"A Runaway Slave from Baltimore" contains a collection of speeches and letters by Frederick Douglass (1818-1895), an American escaped slave who became a prominent activist, author, and public speaker who garnered significant acclaim for his 1845 autobiography. A leading figure in the abolitionist movement, he fought for the end of slavery until the 1862 Emancipation Proclamation and continued to vehemently fight for human rights until his death. This volume contains some of Douglass's most important and powerful speeches and writings, which offer a fantastic insight into one of the most iconic activists of the nineteenth century. Contents include: "Speech of a Runaway Slave from Baltimore", "Why is the Negro Lynched?", "My Escape from Slavery", "Reconstruction", "John Brown - An Address", "What to the Slave is the Fourth of July?", "West India Emancipation", "The Color Line", and "The Future of the Colored Race". Read & Co. Books is proudly publishing this brand new collection of writings and speeches with an introductory poem by Paul Laurence Dunbar and essay by Harriet Beecher Stowe.