What Was the Vietnam War? (What Was?) (Paperback) 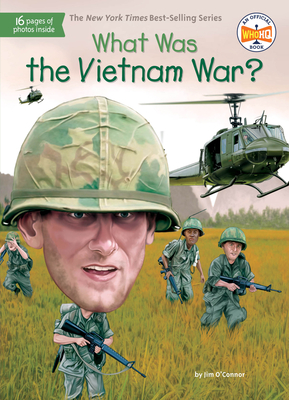 What Was the Vietnam War? (What Was?) (Paperback)


Usually Ships in 3-7 Days
Learn how the United States ended up fighting for twenty years in a remote country on the other side of the world.

The Vietnam War was as much a part of the tumultuous Sixties as Flower Power and the Civil Rights Movement. Five US presidents were convinced that American troops could end a war in the small, divided country of Vietnam and stop Communism from spreading in Southeast Asia. But they were wrong, and the result was the death of 58,000 American troops. Presenting all sides of a complicated and tragic chapter in recent history, Jim O'Connor explains why the US got involved, what the human cost was, and how defeat in Vietnam left a lasting scar on America.
Jim O'Connor has written several books for Who HQ, including What Is Rock and Roll?, What Was Pompeii?, What Was the Battle of Gettysburg?, and What Were the Twin Towers? He lives in New York City.