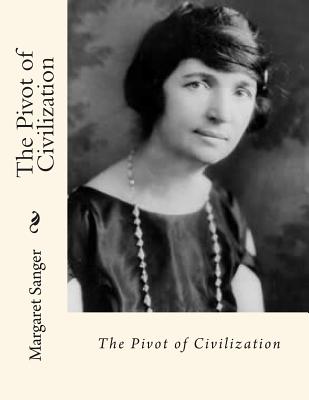 
Usually Ships in 3-7 Days
This book cannot be returned.
Birth Control, Mrs. Sanger claims, and claims rightly, to be a question of fundamental importance at the present time. I do not know how far one is justified in calling it the pivot or the corner-stone of a progressive civilization. These terms involve a criticism of metaphors that may take us far away from the question in hand. Birth Control is no new thing in human experience, and it has been practised in societies of the most various types and fortunes. But there can be little doubt that at the present time it is a test issue between two widely different interpretations of the word civilization, and of what is good in life and conduct. The way in which men and women range themselves in this controversy is more simply and directly indicative of their general intellectual quality than any other single indication. I do not wish to imply by this that the people who oppose are more or less intellectual than the people who advocate Birth Control, but only that they have fundamentally contrasted general ideas, -that, mentally, they are DIFFERENT. Very simple, very complex, very dull and very brilliant persons may be found in either camp, but all those in either camp have certain attitudes in common which they share with one another, and do not share with those in the other camp.
Margaret Higgins Sanger (September 14, 1879 - September 6, 1966) was an American birth control activist, sex educator, and nurse. Sanger popularized the term birth control, opened the first birth control clinic in the United States, and established organizations that evolved into the Planned Parenthood Federation of America. Sanger's efforts contributed to several judicial cases that helped legalize contraception in the United States. Sanger is a frequent target of criticism by opponents of birth control and has also been criticized for supporting eugenics, but remains an iconic figure in the American reproductive rights movement. In 1916, Sanger opened the first birth control clinic in the United States, which led to her arrest for distributing information on contraception. Her subsequent trial and appeal generated controversy. Sanger felt that in order for women to have a more equal footing in society and to lead healthier lives, they needed to be able to determine when to bear children. She also wanted to prevent unsafe abortions, so-called back-alley abortions, which were common at the time because abortions were usually illegal. She believed that while abortion was sometimes justified it should generally be avoided, and she considered contraception the only practical way to avoid the use of abortions. In 1921, Sanger founded the American Birth Control League, which later became the Planned Parenthood Federation of America. In New York City, she organized the first birth control clinic staffed by all-female doctors, as well as a clinic in Harlem with an entirely African-American staff. In 1929, she formed the National Committee on Federal Legislation for Birth Control, which served as the focal point of her lobbying efforts to legalize contraception in the United States. From 1952 to 1959, Sanger served as president of the International Planned Parenthood Federation. She died in 1966, and is widely regarded as a founder of the modern birth control movement.