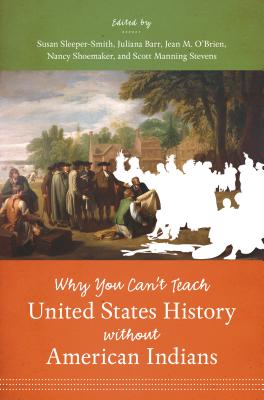 
Usually Ships in 3-7 Days
A resource for all who teach and study history, this book illuminates the unmistakable centrality of American Indian history to the full sweep of American history. The nineteen essays gathered in this collaboratively produced volume, written by leading scholars in the field of Native American history, reflect the newest directions of the field and are organized to follow the chronological arc of the standard American history survey. Contributors reassess major events, themes, groups of historical actors, and approaches--social, cultural, military, and political--consistently demonstrating how Native American people, and questions of Native American sovereignty, have animated all the ways we consider the nation's past. The uniqueness of Indigenous history, as interwoven more fully in the American story, will challenge students to think in new ways about larger themes in U.S. history, such as settlement and colonization, economic and political power, citizenship and movements for equality, and the fundamental question of what it means to be an American.