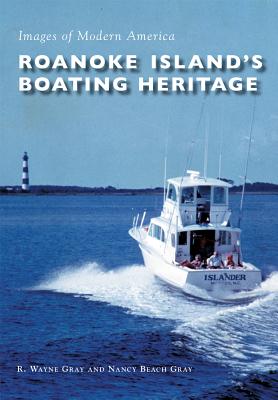 
Usually Ships in 3-7 Days
Those fortunate enough to live on Roanoke Island have always depended on boats. In exploration-era sketches, Native American Algonquins were depicted in their dugout canoes. English settlers took the native concept a step further, developing kunners and, later, periaugers. Sloops and schooners made it possible to trade with far-off lands. Shad boats allowed fishermen to catch enough fresh product to ship to northern markets. Shrimp boats, crab boats, and trawlers brought about a new level of financial independence. Charter boats went past the limits of sound waters to the deep sea, carrying sport fishermen who were ready to pay for the chance to land a Gulf Stream trophy. Today's luxury yachts would boggle the minds of 20th-century backyard boatbuilders. Whether the need for a boat was transportation, subsistence fishing, making a living, or recreation, boatbuilding became a skill many residents picked up out of necessity. This skill matured into a trait that many believe runs deep in the genetic makeup of the local population.