The Occult Book: A Chronological Journey from Alchemy to Wicca (Hardcover) 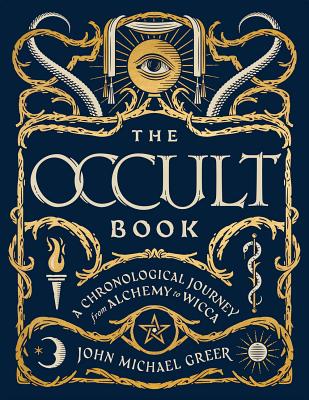 The Occult Book: A Chronological Journey from Alchemy to Wicca (Hardcover)


Usually Ships in 3-7 Days
Explore the occult from ancient times to the modern day with one of its most respected scholars and practitioners.
Take an enlightening journey through occult history, exploring 100 dramatic incidents, arcane knowledge, and key historical figures from around the world. John Michael Greer delves into two millennia of tradition, from the earliest alchemists to pagan rituals; from the Philosopher's Stone to Cabala, the first tarot, and the Knights Templar; and from the first horoscopes to fortune-telling trials and the birth of modern witchcraft, or Wicca. Each entry features a stunning image or intriguing item of ephemera.
John Michael Greer is one of the most widely respected writers and scholars in the occult field today. The author of more than 40 books, including The New Encyclopedia of the Occult, he served for twelve years as Grand Archdruid of the Ancient Order of Druids in America (AODA). He lives in Cumberland, MD, with his wife, Sara.