Waging War on Corruption: Inside the Movement Fighting the Abuse of Power (Paperback) 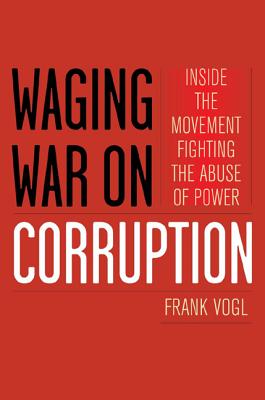 By Frank Vogl
Email or call for price

Never before has the call for good governance been greater. The Arab Spring in early 2011 has inspired people all over the world to fight to end the abuse of power by politicians and civic officials and create more transparent, accountable, and honest governments. In Waging War on Corruption: Inside the Movement Fighting the Abuse of Power, Frank Vogl, one of the leaders of the worldwide anticorruption movement, shares a history filled with stories of heroes and victims of corruption. He chronicles the successful campaigns by enormously courageous civil society activists, journalists, and public prosecutors and explains the crucial challenges that now must be confronted. At stake is nothing less than our global security, the reduction of poverty, the stability of our economic and financial systems, and the cause of freedom and democracy. Waging War on Corruption will be of interest to readers of politics and government, business, human rights, and law.

Frank Vogl, former senior World Bank official and international reporter for The Times of London, is the co-founder of two leading non-governmental anti-corruption organizations: Transparency International (TI) and the Partnership for Transparency Fund (PTF). He served for nine years as TI's Vice Chairman and is now an Advisor to its Managing Director. He is Vice Chairman of PTF. Frank is President of Vogl Communications, Inc, Washington DC--an international economics and finance consulting firm.