On or Off, Volume 1 (Paperback) 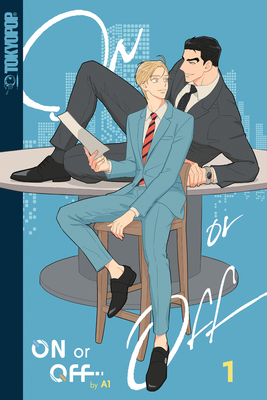 On or Off, Volume 1 (Paperback)

This is book number 1 in the On or Off series.

Winner of the Ridibooks 2019 BL Awards! Available unabridged and uncensored for the first time in English.

After joining his friend's startup, university student Ahn Yiyoung never imagined he'd end up presenting their work directly to SJ Corporation, a major company headed by one of the most sought-after talents in the country: Kang Daehyung. It certainly doesn't help that, on top of being a bigshot executive, strikingly handsome Director Kang is his ideal type!

When his presentation fails to go as planned, Yiyoung's desire to impress Director Kang leads him to take desperate measures... and lands him in a whole new mess, tangled up between his personal and professional relationships. How far is Yiyoung willing to go to achieve success in both his love life and his career?

NOTE: This book contains mature themes and explicit sexual content, including situations involving dubious consent. It is not intended for anyone under 18 years of age.

A1 is a Korean manhwa and manga artist, also credited as Mahiro Makino. She's known for On or Off, Kikonsha Desu Kedo, Nani ka?, and Maison de Danah.