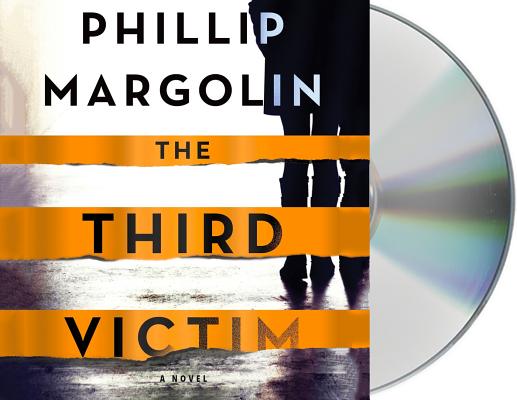 By Phillip Margolin, Thérèse Plummer (Read by)
$29.99
Email or call for price.

This is book number 1 in the Robin Lockwood series.

The “master of heart-pounding suspense” returns with a brand new audiobook series — The Third Victim is New York Times bestseller Phillip Margolin at his very best.

A woman stumbles onto a dark road in rural Oregon—tortured, battered, and bound. She tells a horrific story about being kidnapped, then tortured, until she finally managed to escape. She was the lucky one—two other women, with similar burns and bruises, were found dead.

The surviving victim identifies the house where she was held captive and the owner, Alex Mason—a prominent local attorney—is arrested. Although he loudly insists upon his innocence, his wife’s statements about his sexual sadism and the physical evidence found at the scene, his summer home, is damning.

Regina Barrister is a legendary criminal defense attorney, known as “The Sorceress” for her courtroom victories. But she’s got a secret, one that threatens her skill, her reputation, and, most of all, her clients. And she’s agreed to take on the seemingly impossible task of defending Alex Mason.

Robin Lockwood, a young lawyer and former MMA fighter, has just left a clerkship at the Oregon Supreme Court to work for Regina Barrister. The Alex Mason trial is her first big one, a likely death penalty case, and she’s second chair to Regina. Increasingly, she’s worried her boss’s behavior and the details in the case against their client don’t quite add up.

This program includes a bonus conversation with the author