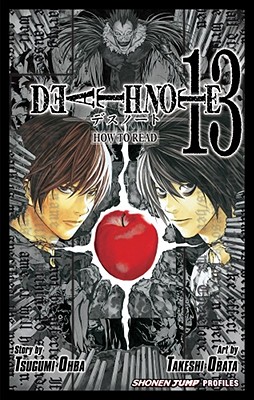 
Email or call for price.
A Death Note Encyclopedia

Here, in one authoritative volume: everything you need to know about Death Note, the best-selling manga series. Featuring complete character biographies, detailed storyline summaries, production notes, and behind-the-scenes commentaries. Death Note 13: How to Read also includes exclusive interviews with creators Tsugumi Ohba and Takeshi Obata and a bonus manga chapter of never-before-translated material. Unless you own your very own death note, it doesn't get any better than this!
Born in Tokyo, Tsugumi Ohba is the author of the hit series Death Note, Bakuman and Platinum End..