The Homewreckers: A Novel (CD-Audio) 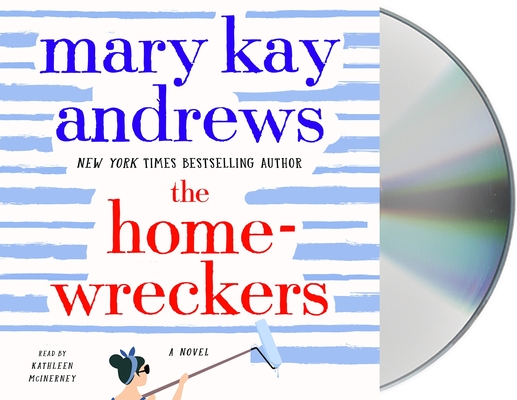 The Homewreckers: A Novel (CD-Audio)

Hattie Kavanaugh went to work restoring homes for Kavanaugh & Son Restorations at eighteen, married the boss’s son at twenty, and became a widow at twenty-five. Now, she’s passionate about her work, but that’s the only passion in her life. “Never love something that can’t love you back,” is advice her father-in-law gives her, but Hattie doesn’t follow it and falls head-over-heels for a money pit of a house. She’s determined to make it work, but disaster after disaster occurs, and Hattie’s dream might cost Kavanaugh & Son their livelihood. Hattie needs money, and fast.

When a slick Hollywood producer shows up in her hometown of Savannah, Georgia, she gets a once-in-a-lifetime opportunity: star in a beach house renovation reality show called The Homewreckers, cast against a male lead who may be a love interest, or may be the ultimate antagonist. Soon, there’s more at stake than bad pipes and dry rot: during the demolition, evidence comes to light that points to the mysterious disappearance of a young wife and mother years before.

With a burned out detective investigating the case, an arsonist on the loose, two men playing with her emotions, and layers upon layers of vintage wallpaper causing havoc, it's a question of who will flip, who will flop, and if Hattie will ever get her happily-ever-after.

She has appeared onstage in New York and around the United States in both classical and contemporary theater. Her credits also include television commercials, daytime drama, radio plays, and animation voice-overs.