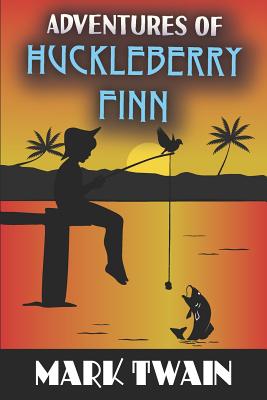 Huck runs away from his abusive father and, with his companion, the runaway slave Jim, makes a long and frequently interrupted voyage down the Mississippi River on a raft. During the journey Huck encounters a variety of characters and types in whom the book memorably portrays almost every class living on or along the river. As a result of these experiences, Huck overcomes conventional racial prejudicesand learns to respect and love Jim. The book's pages are dotted with idyllicdescriptions of the great river and the surrounding forests, and Huck's good nature and unconscious humour permeate the whole. But a thread that runs through adventure after adventure is that of human cruelty, which shows itself both in the acts of individuals and in their unthinking acceptance of such institutions as slavery. The natural goodness of Huck is continually contrasted with the effects of a corrupt society.

Together with Twain's novel The Adventures of Tom Sawyer(1876), Adventures of Huckleberry Finn changed the course of children's literature in the United States as well as of American literaturegenerally, presenting the first deeply felt portrayal of boyhood. It is a classic of American realism both for this portrayal and for Twain's depiction of the pre-Civil War South, especially through his use of dialect. This realism was the source of controversy that developed concerning the book in the late 20th century. Despite Huck's friendship with Jim, the book was felt to be racist by some who considered the language offensive. Nevertheless, the publication in 2011 of a bowdlerized version of the novelgenerated debate and was considered by many to be every bit as unacceptable as the original.