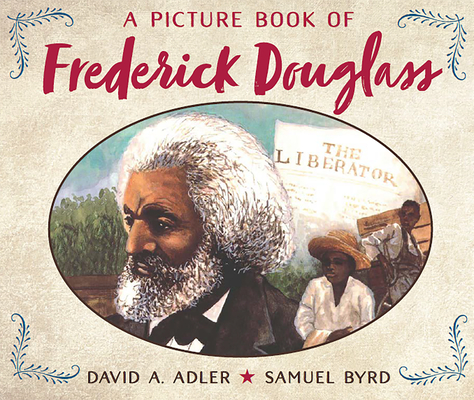 Born into slavery on a Maryland plantation, Frederick Douglass grew up to have a way with words. Contemporaries found it hard to believe that an escaped slave with no formal education could be so eloquent. Yet thousands turned out to hear him speak.

A tireless advocate to end slavery, Douglass urged slaves to escape and revolt. He inspired many with his bestselling autobiography, Narrative of the Life of Frederick Douglass, an American Slave. Later on, Douglass cemented his status as a pivotal figure in American history when he helped Abraham Lincoln issue the Emancipation Proclamation. He continued to fight for equality during Reconstruction and became the first African American to receive a vote for President of the United States in a major party's roll call vote.

This accessible biography for children examines Douglass's amazing life with easy-to-understand facts and details, alongside elegant illustrations. Back matter includes a timeline and author's notes.

For almost thirty years, David Adler’s Picture Book Biography series has profiled famous people who changed the world. Colorful, kid-friendly illustrations combine with Adler’s “expert mixtures of facts and personality” (Booklist) to introduce young readers to history through compelling biographies of presidents, heroes, inventors, explorers, and adventurers.
David A. Adler has written more than a hundred books for children, including his well-known Picture Book Biography series. A former teacher, he lives with his family in New York State. Visit him on the web at www.davidaadler.com.

Samuel Byrd is a painter, muralist, and the illustrator of Dancing with the Indians, A Picture Book of Harriet Tubman, and Let Freedom Ring: A Ballad of Martin Luther King, Jr. He lives in Philadelphia, Pennsylvania.
"The great strength of this well-documented work is the use of Douglass’s own words in the telling, making him come alive for young readers." —Kirkus Reviews