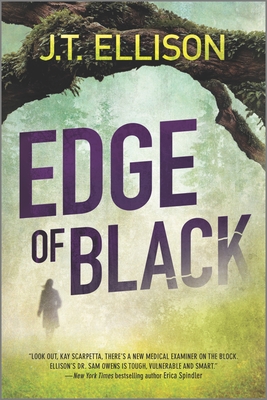 This is book number 2 in the Samantha Owens Novel series.

Dr. Samantha Owens is starting over: new city, new job, new man, new life. She's trying to put some distance between herself and the devastating loss of her husband and children--but old hurts leave scars. Before she's even unpacked her office at Georgetown University's forensic pathology department, she's called to consult on a case that's rocked the capital and the country. An unknown pathogen released into the Washington Metro has caused nationwide panic. Three people died--just three. A miracle and a puzzle... Amid the media frenzy and Homeland Security alarm bells, Sam painstakingly dissects the lives of those three victims and makes an unsettling conclusion. This is no textbook terrorist causing mayhem with broad strokes, but an artist wielding a much finer, more pointed instrument of destruction. An assassin, whose motive is deeply personal and far from understandable. Xander Whitfield, a former army ranger and Sam's new boyfriend, knows about seeing the world in shades of gray. About feeling compelled to do the wrong thing for the right reasons. Only his disturbing kinship with a killer can lead Sam to the truth...and once more into the line of fire.
J.T. Ellison is the bestselling author of9 critically acclaimed novels and multiple short stories, and has been published in over 20 countries. THE COLD ROOM won the ITW Thriller Award for Best Paperback Original of 2010 and WHERE ALL THE DEAD LIE was a 2012 RITA(r) Nominee. Visit JTEllison.com for more information."

"Thriller Award–winner Ellison (Where All the Dead Lie) introduces Dr. Samantha Owens, Tennessee's head medical examiner, in this scintillating first in a new forensic series. Sam, still reeling from the loss of her husband and young children in a flood two years earlier, receives a desperate phone call from Eleanor Donovan, the mother of a boy she dated at medical school in Georgetown, security consultant Eddie Donovan. Eddie, a former Army Ranger who served in Afghanistan, was shot dead in an apparent carjacking, but Eleanor, convinced her son wasn't a random victim, implores Sam to come to Washington, D.C., to conduct a second autopsy. Once in D.C., obsessive-compulsive Sam must face the demons of Eddie's memory and his widow's resentment. Meanwhile, other former members of Eddie's Ranger unit start turning up dead. The suspenseful plot takes many a twist and turn before reaching its startling conclusion."--Publishers Weekly

"This thriller delves into the realm of psychological suspense. There are wheels within wheels of the complex yet entirely understandable plot. The characters are imminently human, warts and all. Sam's journey is a complex one, not only in terms of unraveling the clues in the investigation, but in dealing with her own personal tragedy. The misdirection of the evidence leads up to a breathtaking finale the reader is drawn along on the crazy journey along with Sam and the police. You won't want to put this one down until you've finished the last sentence!"--Reader to Reader Reviews

"Ellison's latest focuses on medical examiner Samantha Owens, and readers will quickly realize they don't miss Taylor Jackson at all. A gut-wrenching tale that rings with emotional resonance and heart amidst the thrills, A DEEPER DARKNESS ranks as Ellison's best book yet. Her amazing streak of great thrillers continues."--RT Book Reviews Top Pick

"A DEEPER DARKNESS is not only a compelling thriller but a multilayered meditation on grief and loss. Dr. Samantha Owens is a forensic investigator with heart and soul and this is the start of a most promising new series for rising star JT Ellison."-New York Times bestselling author Jeff Abbot

"Mystery fiction has a new name to watch."

"Ellison gets her Hitchcock on...just plain messing with her characters' heads until the superbly explosive end. Not to be missed!" –Lisa Gardner on Where All the Dead Lie

"Combines The Silence of the Lambs with The Wire."

-January Magazine on The Cold Room

"What J.T. Ellison has done with the city in her award-winning Taylor Jackson books is magnificent... Lovers of mystery and suspense fiction could not ask for more."

"Outstanding... The police procedural details never get in the way of the potent characterization and clever plotting, and Ellison systematically cranks up the intensity all the way to the riveting ending."