Hustle: The Myth, Life, and Lies of Pete Rose (Paperback) 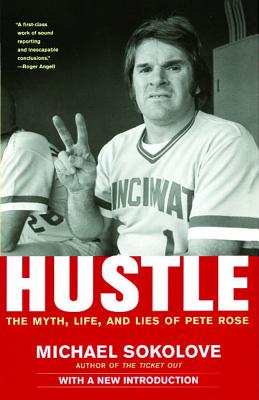 Who is Pete Rose? Is he Charlie Hustle, the all-American kid who never grew up, who pushed and stretched himself to get the most out of his limited talent, who would do anything in his power to win and to be a part of the game he loved? Or is he the bloated ex-athlete who broke baseball's one absolute taboo, and who was willing to drag down the whole structure of the sport to save himself?
In January 2004, Pete Rose publicly admitted to betting on baseball and began his controversial campaign to get himself off the ineligible list and into the Baseball Hall of Fame. His recently published autobiography, the baseball legend's selective telling of the truth, only furthers the myth and the mystery that surrounds him.
With a new, updated introduction by the author, and packed with interviews with Rose's family, his teammates, sportswriters, and police investigators, Hustle is the real, objective story of the life of Pete Rose.

Michael Sokolove is a contributing writer for The New York Times Magazine and the author of Hustle: The Myth, Life, and Lies of Pete Rose. He lives in Bethesda, Maryland, with his wife and their three children.

"Theodore Dreiser would have loved this story, but he couldn't have written it nearly so well as Michael Sokolove....[He] is a natural literary stylist, with the gifts of a social historian....This is a book for all seasons, not just summer."
-- The New York Times Book Review

"Anyone interested in the true story should read Michael Sokolove's...book on Rose. It's all there, the long gambling history, the sordid acquaintances, the relentless pursuit of gambling opportunities and, of course, the requisite obligations to the Mob."
-- Bob Ryan, The Boston Globe