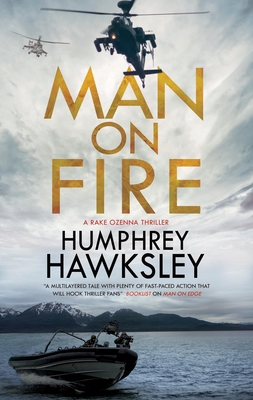 A tense firefight on the Russian-American border heralds the start of a terrifying high-stakes mission for special forces agent Major Rake Ozenna in this gripping espionage thriller. Instructed to guide in a speed boat crossing from Russia in the Bering Strait, special forces Major Rake Ozenna watches in horror as the operation culminates in a fatal firefight - and the loss of vital intelligence of a deadly new weapon. A weapon of unimaginable power. A weapon that, if it were unleashed, would cripple civilization as we know it. But who sabotaged the mission? Who possesses the weapon - and what is their ultimate goal? Rake's search takes him to the remote outpost of Uelen on the Russian coast - and the discovery that he is up against a formidable enemy from his past. As world leaders gather in Bonn for the signing of the new European security treaty, Rake enters a desperate race against time to prevent a catastrophe beyond imagining. This fast-paced, impeccably researched, highly topical thriller is perfect for readers of CLIVE CUSSLER, LEE CHILD and ROBERT LUDLUM.

Humphrey Hawksley's assignments as a BBC foreign correspondent have taken him to crises all over the world. His work has also appeared in major news outlets ranging from National Public Radio and the New York Times to the Guardian, Financial Times and Nikkei Asia. His television documentaries include Danger, Democracy at Work; The Curse of Gold, and Aid Under Scrutiny. His latest non-fiction book is Asian Waters: The Struggle over the Indo-Pacific and the Challenge to American Power.