The Beatles for Kidz (Hardcover) 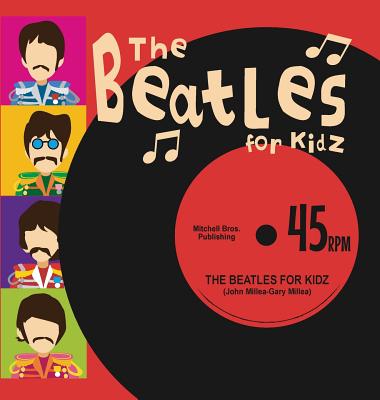 Created by two brothers from northern England hoping to bring the magic of the Beatles to their children, this Beatles story for children is sure to capture the imagination of young and old alike. This hardcover book tells the tale of the four young lads from Liverpool and their sensational journey to stardom, with vivid and colorful illustrations. From the birth of John Lennon, (James) Paul McCartney, George Harrison and Richard Starkey (Ringo Starr) and the start of the Quarrymen, to their 1967 'All You Need is Love, ' and the release of their final album in 1970, the story is chronicled with facts, words, art and historical images of posters, ticket stubs and album covers. Perfect for Beatles fans and parents and grandparents hoping to keep the legacy alive, and bring the magic of the Beatles to children.