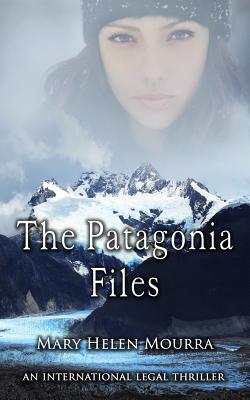 An Antarctic research vessel sinks and all aboard perish in the freezing waters of the Patagonia. A popular priest is murdered inside a Puerto Montt cathedral. Prominent Washington, D.C. lawyer, Stephan Brent, pleads for his assistant, Emmanuelle Solis, to hand-deliver incriminating files to him in South America where he is in hiding.

But when Emmanuelle arrives in Chile, her simple plan to help Brent quickly goes awry. Brent's body is found on the Argentine-Chile border, and the FBI and Interpol are linking Emmanuelle to a radical conspiracy implicated in his abduction and murder. Fleeing the authorities, she uncovers that someone in her law firm is guarding an explosive secret, and is willing to kill to conceal it.

Pursued by a Prefect of the Chilean Investigative Police--whose belief in the lawyer's innocence is in perilous conflict with his orders to surrender her to foreign authorities--Emmanuelle sets out on a harrowing journey through a labyrinth of misted fjords and glaciers, deep into the Patagonia.

Emmanuelle, now a fugitive, has only seventy-two hours to uncover the truth about Brent's murder, the Patagonia Files, and the sabotaged scientific expedition before a request to extradite her to the US is delivered to Chilean authorities.