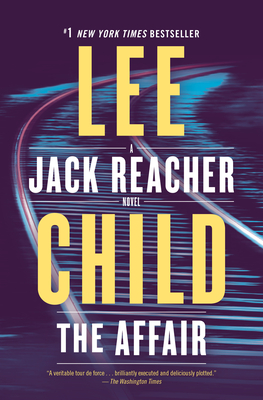 Everything starts somewhere. For elite military cop Jack Reacher, that somewhere was Carter Crossing, Mississippi, way back in 1997.

Reacher is ordered undercover to investigate the murder of a young woman. Evidence points to a U.S. soldier with powerful friends. Once in Carter Crossing, Reacher meets local sheriff Elizabeth Deveraux, who has a thirst for justice and an appetite for secrets. Uncertain they can trust each other, they reluctantly join forces. Reacher works to uncover the truth, while others try to bury it forever. The conspiracy threatens to shatter his faith in his mission— and turn him into a man to be feared.

Lee Child is the author of more than two dozen New York Times bestselling Jack Reacher thrillers, with most having reached the #1 position, and the #1 bestselling complete Jack Reacher story collection, No Middle Name. Foreign rights in the Reacher series have sold in one hundred territories. A native of England and a former television director, Lee Child lives in New York City and Wyoming.

Praise for #1 bestselling author Lee Child and his Reacher series

“Child is a superb craftsman of suspense.”—Entertainment Weekly

“The truth about Reacher gets better and better.”—Janet Maslin, The New York Times

“Jack Reacher is much more like the heir to the Op and Marlowe than Spenser ever was.”—Esquire