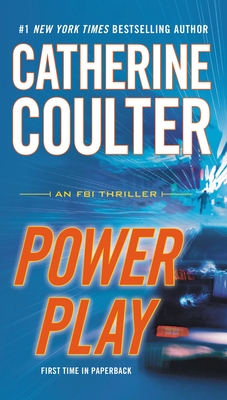 This is book number 18 in the An FBI Thriller series.

Natalie Black, the U.S. ambassador to the United Kingdom, has returned to Washington with her job—and her life—in jeopardy. Everyone chalks up Black’s claims of attempts on her life as a ploy for sympathy after the death of her fiancé…everyone but FBI Special Agent Davis Sullivan.

Meanwhile, a cunning psychopath has escaped an Atlanta mental hospital and is out for revenge against the FBI, primarily Lacey Sherlock, whom his dying mother begged him to kill after Sherlock and Dillon Savich brought down her cult. The clock is ticking as the danger intensifies for both Black and Sherlock…
Catherine Coulter is the #1 New York Times bestselling author of the FBI Thrillers featuring husband and wife team Dillon Savich and Lacey Sherlock. She is also the author—with J. T. Ellison—of the Brit in the FBI series. She lives in Sausalito, California.

“These novels remain fascinating page-turners that keep Coulter’s fans coming back for more. Packed with nonstop action, scandal, and sexual tension, this latest installment gives readers an insider’s look at the Washington, D.C., political scene and the inner workings of the FBI, while the unforgettable characters interact with each other and life in a way that makes you forget they’re fictional.”—Bookreporter.com

“Coulter’s eighteenth FBI suspense thriller features her trademark brisk style and short chapters, plus a measure of compassion and an eminently satisfying epilogue. Coulter is at the top of her game here.”—Booklist