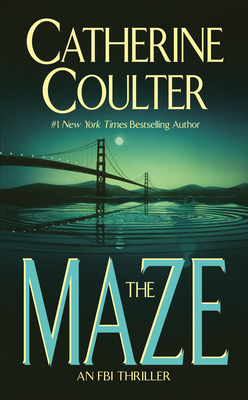 This is book number 2 in the An FBI Thriller series.

In this FBI Thriller Special Agent Dillon Savich teams up with new agent Lacey Sherlock in a case that leads them back to the murder of Sherlock's sister seven years ago—and puts both their lives on the line.

As the head of the FBI’s Criminal Apprehension Unit, Dillon Savich has developed predictive analogue programs to aid in the capture of serial killers. Enter Lacey Sherlock, a very well-qualified new agent who seems bright and eager and on the up-and-up. But is she really?

When there’s a vicious murder in Boston, she’s off like a shot, lying to Savich. When Savich finds out what’s going on, he realizes they’ll all be in deep trouble, maybe even victims themselves, if he and Sherlock don’t find out who murdered her sister seven years before....
Catherine Coulter is the #1 New York Times bestselling author of the FBI Thrillers featuring husband and wife team Dillon Savich and Lacey Sherlock. She is also the author—with J. T. Ellison—of the Brit in the FBI series. She lives in Sausalito, California.
Praise for Catherine Coulter’s FBI Thrillers

“This terrific thriller will drag you into its chilling web of terror and not let go until the last paragraph…A ripping good read.”—The San Francisco Examiner

“A good storyteller...Coulter always keeps the pace brisk.”—Fort Worth Star-Telegram

“Fast-paced, romantic...Coulter gets better and more cinematic with each of her suspenseful FBI adventures.”—Booklist